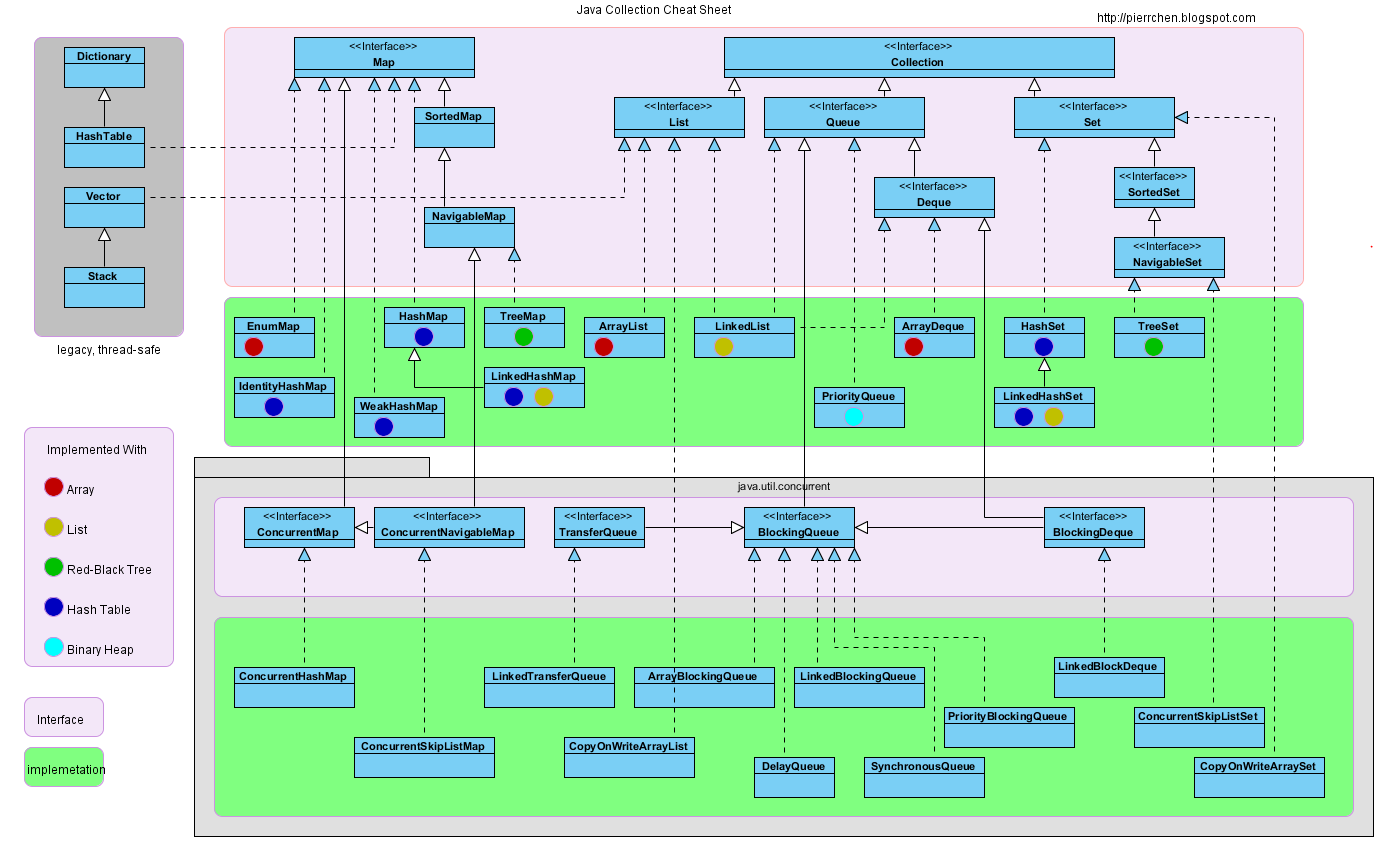 A container is an object that can hold other Java objects. Java Collections Framework(JCF) Provides a generic container for Java developers, starting with JDK 1.2, with the following advantages:

You can only put objects in a Java container. For basic types (int, long, float, double, etc.), you need to wrap them as object types (Integer, long, float, double, etc.) before you can put them in the container. In many cases unpacking and unpacking can be done automatically. This incurs additional performance and space overhead, but simplifies design and programming.

HashSet
Hash-based implementation, support fast lookup, but do not support ordered operations. It also loses information about the order in which elements are inserted, which means that Iterator traversing the HashSet yields an indeterminate result.

LinkedHashSet
As efficient as HashSet, and it also maintains the order of insertion by using bidirectional linked list.

LinkedList
Based on bi-directional linked list implementation, only sequential access. It can insert & remove quickly.
Linked list can be used as a stack, queue & two-way queue.

LinkedList
We can use it to implement two-way queue

PriorityQueue
Based on heap. We can use it to implement priority queue

TreeMap
Based on Red-black tree.

HashMap
Based on hashtable. NOT thread safe.

HashTable
Similar to HashMap, but it is thread safe -- multiple threads can write to Hashtable at the same time without inconsistent data.
This class seems to be deprecated? We'd better not to call it.