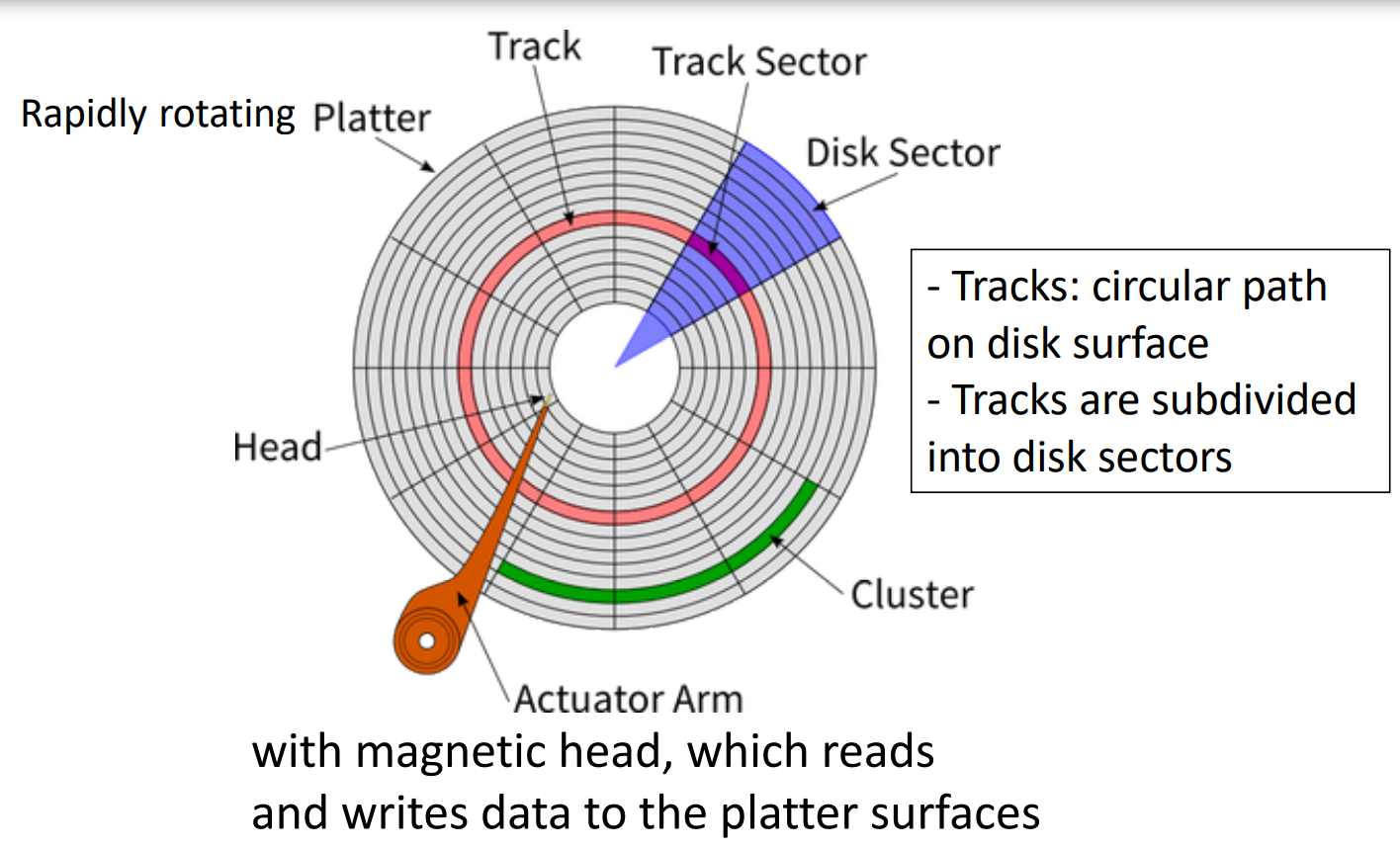 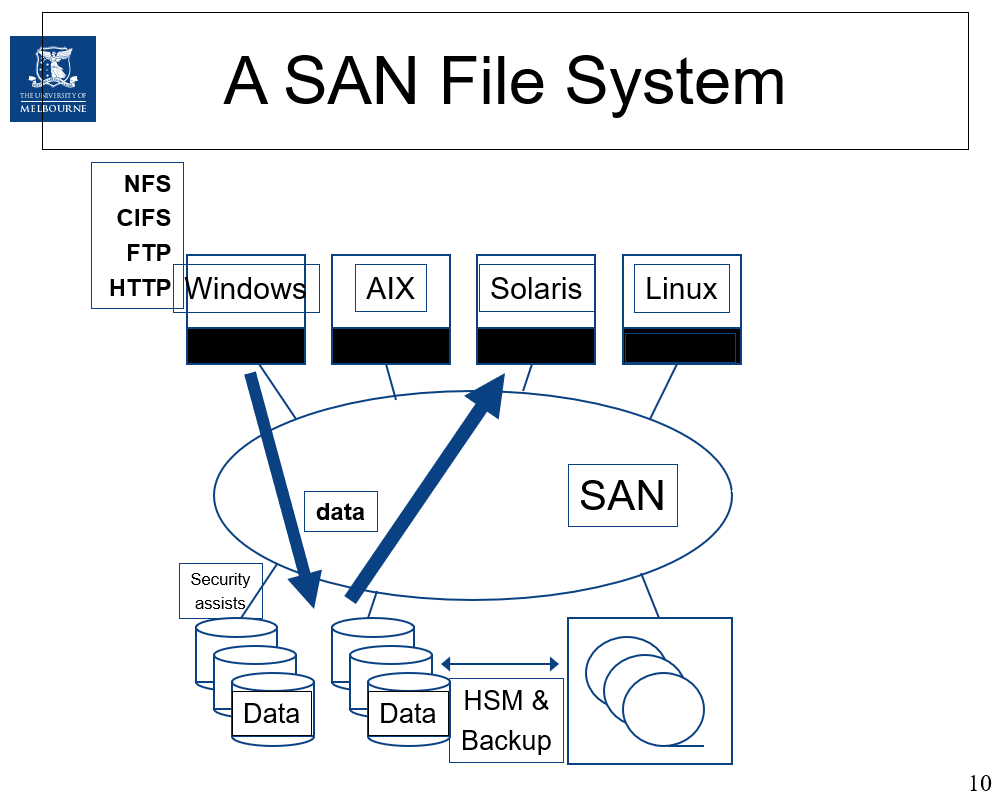 Mean time to failure: the time elapsed before a failure occurs

mean time to repair: the time elapsed when the service is down in a repairable system. 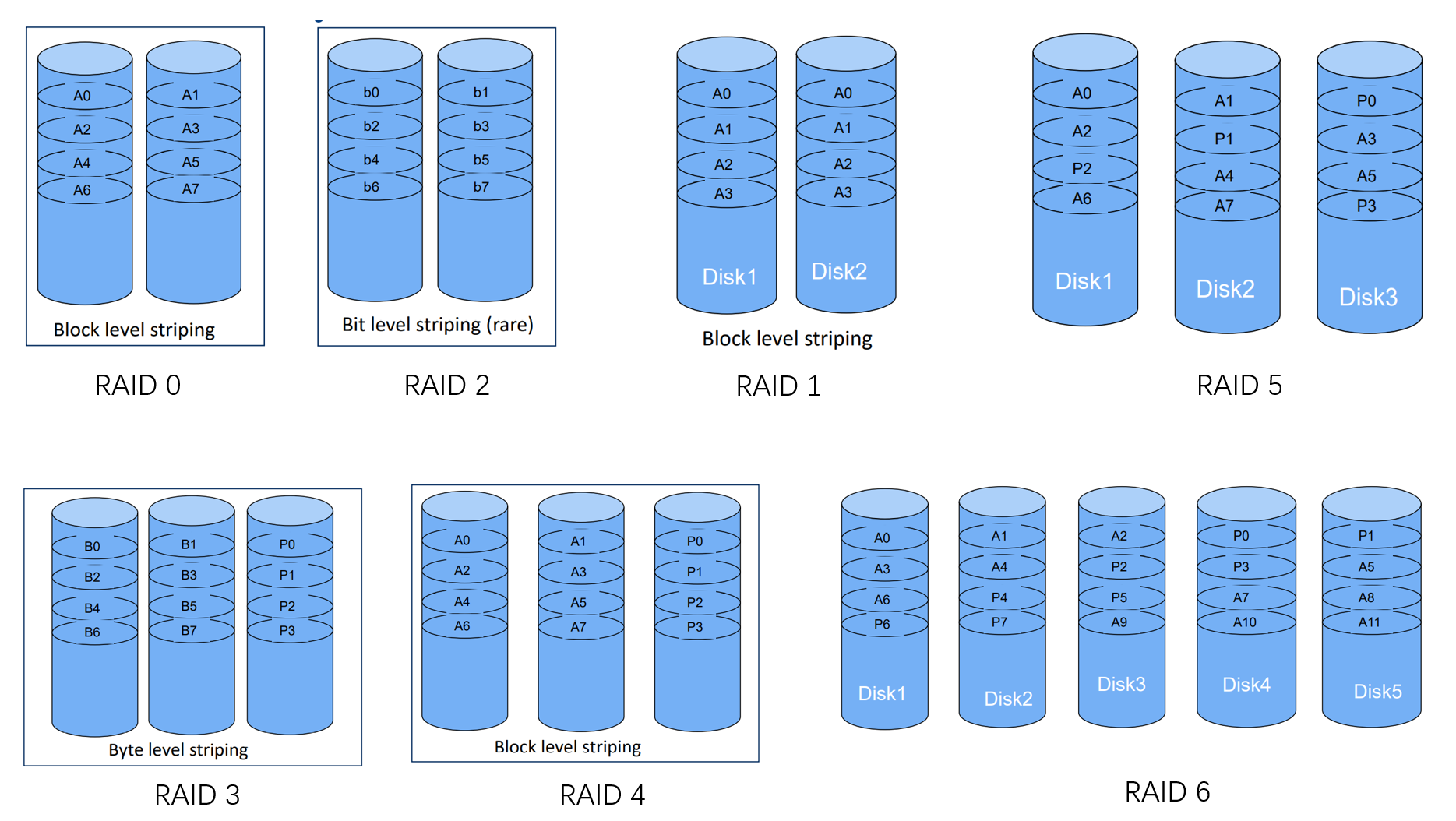 With repair of modules: the faulty equipment is repaired with an average time of MTTR (mean time to repair) as soon as a fault is detected.

Probability that (n-1) modules are unavailable:Pn−1​=(MTTFMTTR​)n−1

Probability that the system fails with a particular module failing last: Pn−1​∗Pi​

Probability that a supermodule fails due to any one of the n modules failing last, when other (n-1) modules are unavailable n∗Pn−1​∗Pi​ 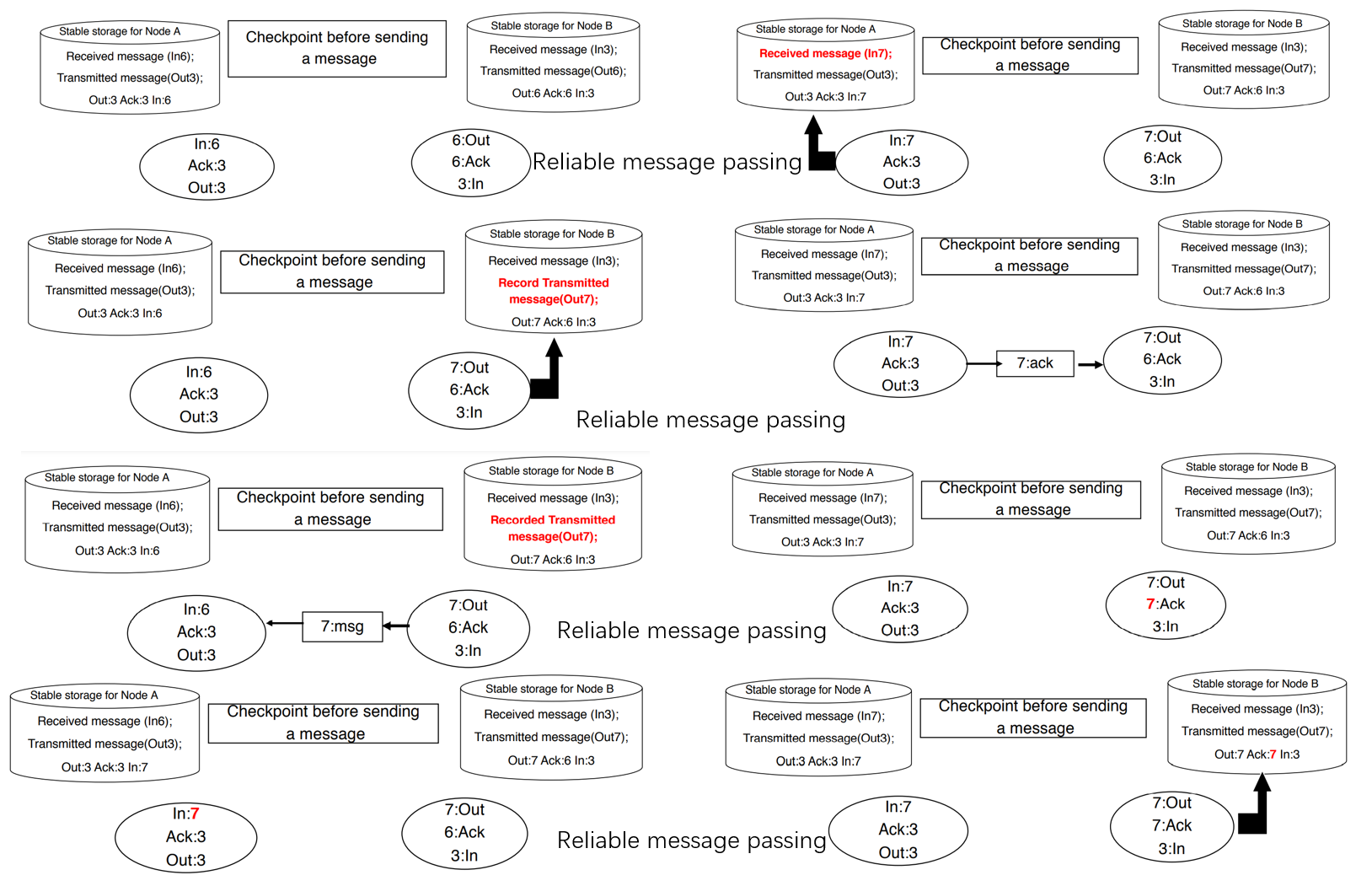 Transaction: a unit of work in a database 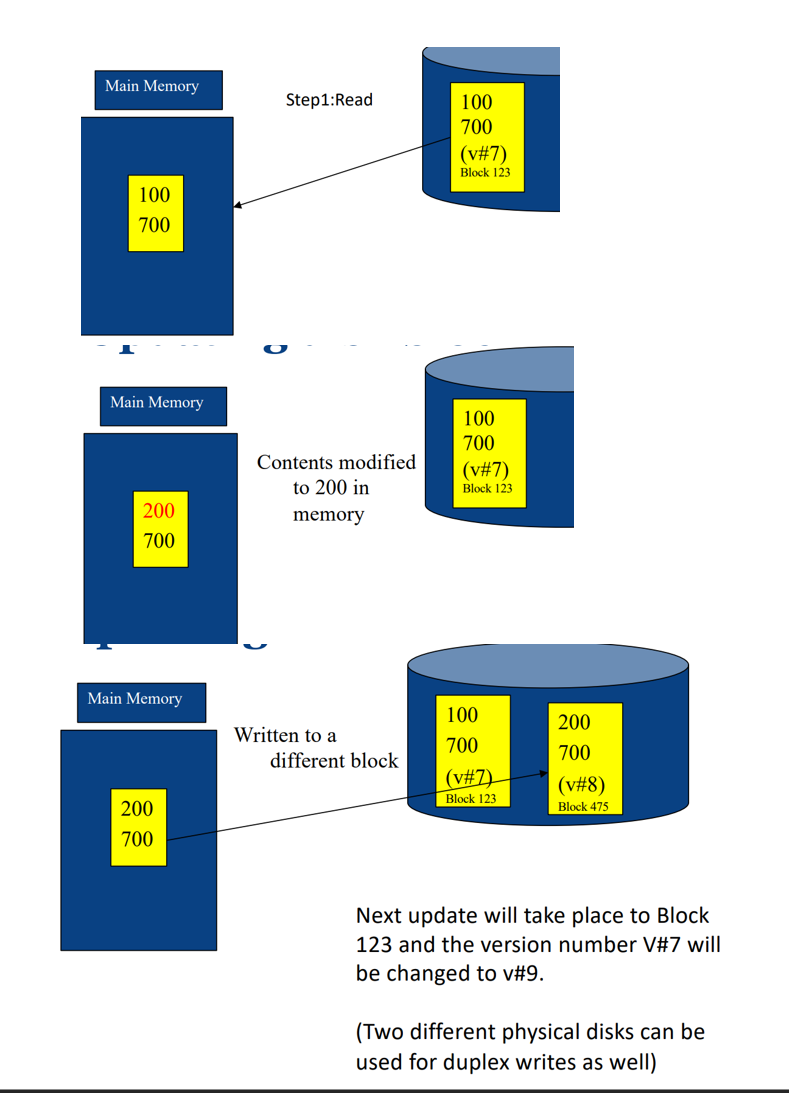 To compute an n-bit binary CRC 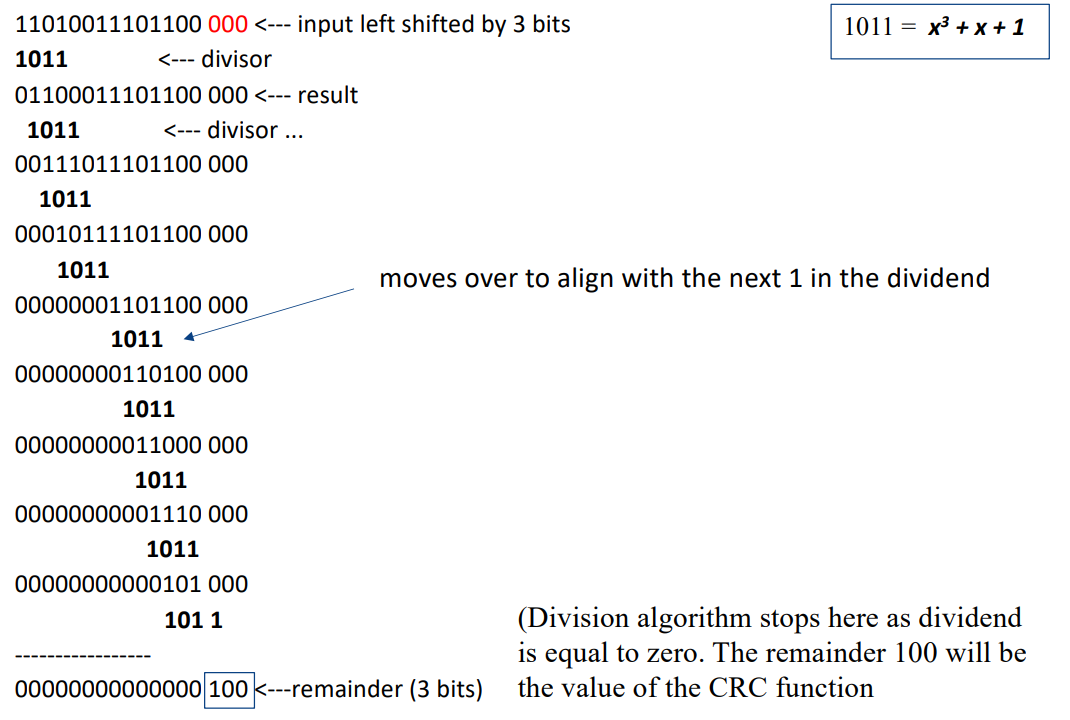 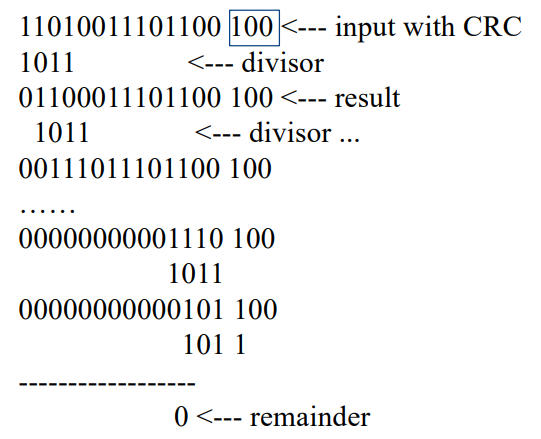 The main function of a TP monitor is to integrate other system components and manage resources. 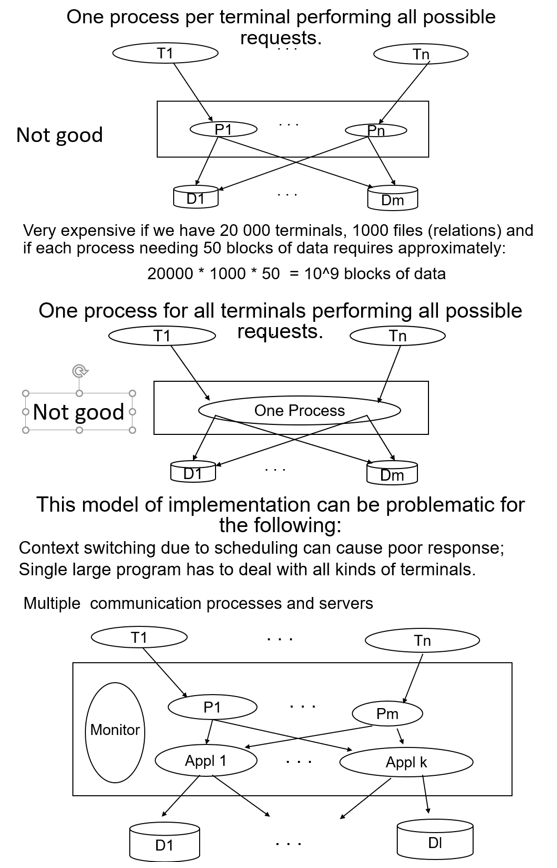 Semaphores are very simple locks; indeed, they are used to implement
general-purpose locks.

Spin locks are the most commonly used locks

In a deadlock, each process in the deadlock is waiting for another member to release the resources it wants.

deadlock不成立的情况: no cycle in the locks held and requested by the transaction.

Isolation ensures that concurrent transactions leaves the database in the same state as if the transactions were executed separately.

Isolation guarantees consistency, provided each transaction itself is consistent.

When dependency graph has cycles then there is a violation of isolation and a possibility of inconsistency.

T′∈Before(T)∩After(T)
Exist a cycle in the dependency graph of the history. Presence of a wormhole transaction implies it is not isolated

To acquire an S mode or IS mode lock on a non-root node, one parent must be held in IS mode or higher (one of {IS,IX,S,SIX,U,X}). 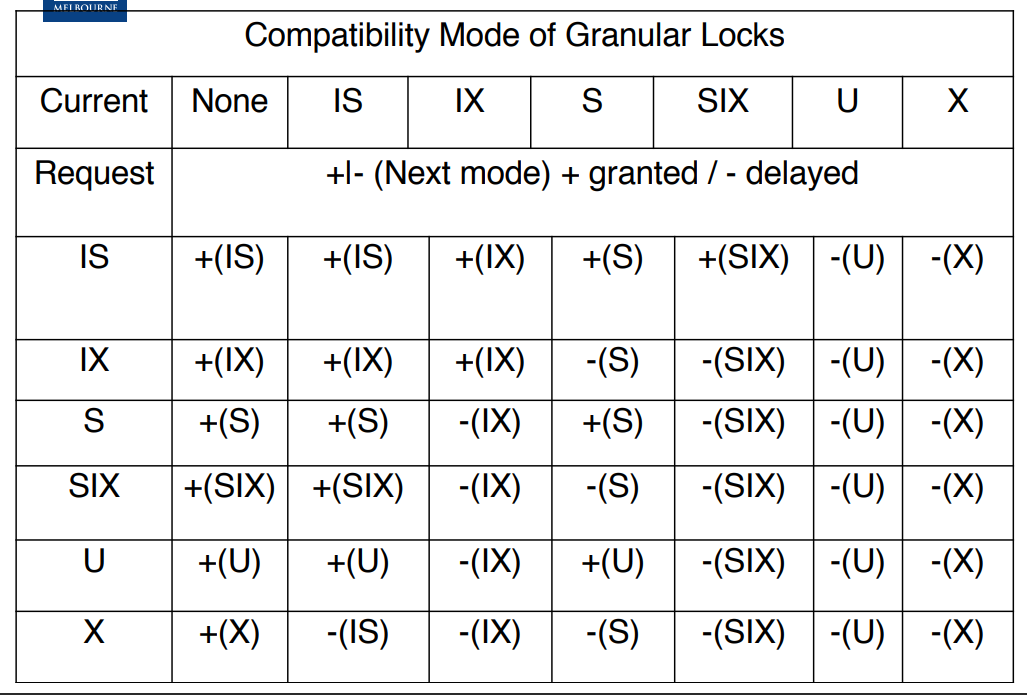 When conflicts are rare, transactions can execute operations without managing locks and without waiting for locks - higher throughput

Do not guarantee Serializability. However, its transaction throughput is very high compared to two phase locking scheme. 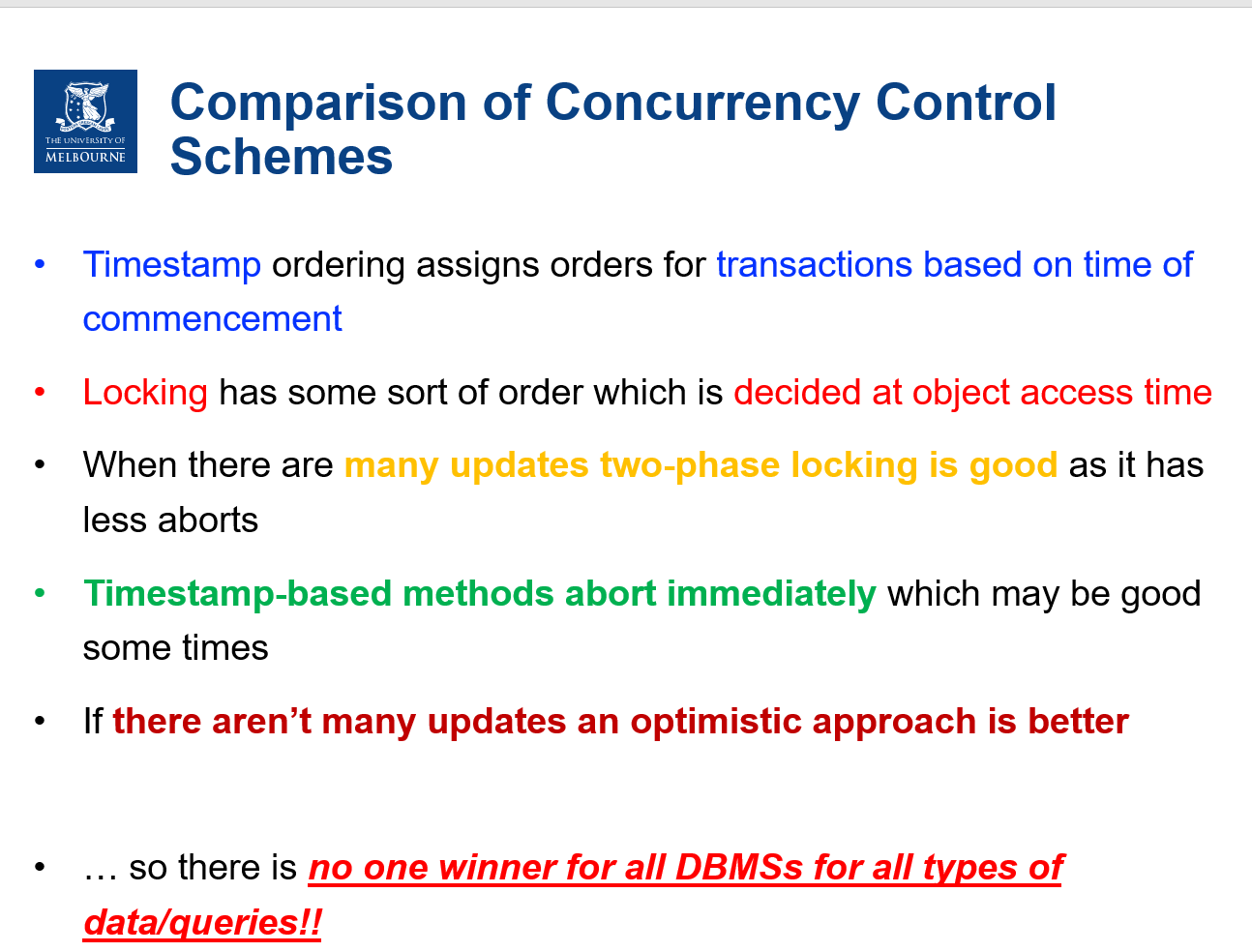 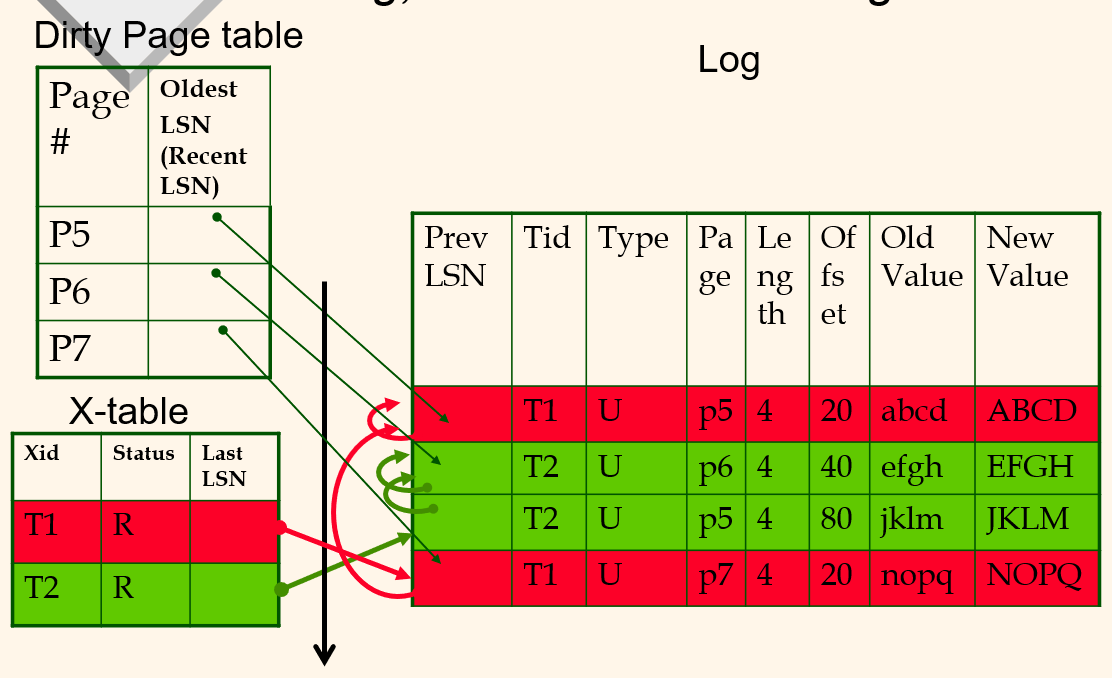 Periodically, the DBMS creates a checkpoint, in order to minimize the time taken to recover in the event of a system crash.

“play back” the log in reverse order, UNDOing updates. 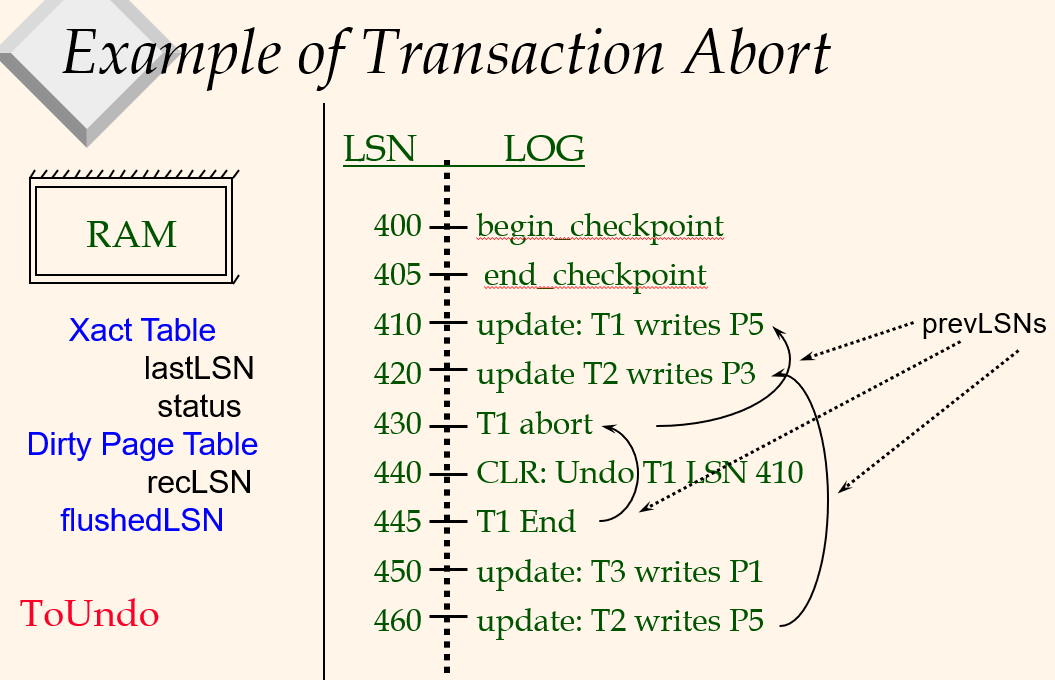 Figure out which Xacts committed since checkpoint, which failed

Repeat History to reconstruct state at crash:
Reapply all updates (even of aborted Xacts!), redo CLRs. 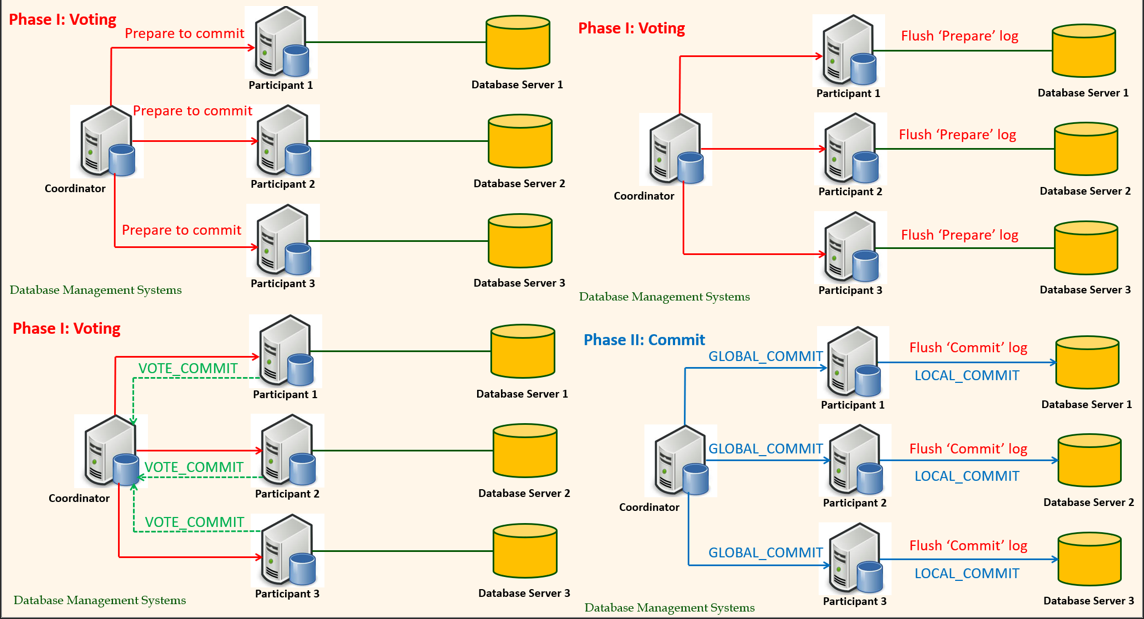 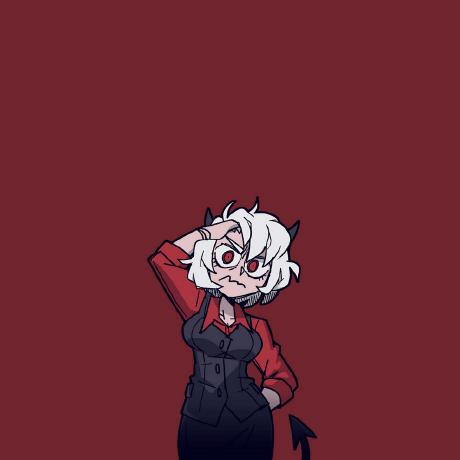